Where It All Started....About the Newsome's Tradition 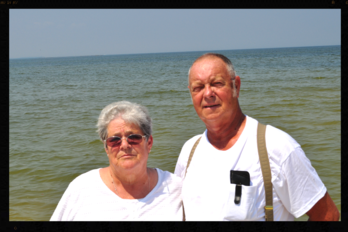 Newsome’s Restaurant was born in 1982.  My father, Jimmy Newsome, told my mother, Betty Newsome, that there wasn’t any place to get a good hamburger in the Burgess area, which is where we lived. I was 12 years old then and I loved working with my father. We gutted an old trailer and turned it into a carry-out only restaurant. We quickly became known for our good hamburgers. Over the next few years we added another redesigned trailer to add seating to our restaurant. Several years later, we added a movie rental store which only lasted a few years. We later turned that area into more seating. In 1988 we built a new building which is located on route 360 in Burgess behind where the original carry-out was. In 1992 Dad sold that building and took a 7 year break from the restaurant business. Then we started all over again with a little yellow building on route 200 in Burgess. We quickly out grew that building and built a big yellow building next door. Then in 2006, we opened the building we are currently operating as “Newsome’s Restaurant”. I have worked at the restaurant on and off throughout my teenage years and adulthood. I have learned so much from working with my father over the years. I acquired his love of cooking, people, and hard work. So I decided to keep the family business going and my wife and I bought the restaurant in 2007 from my parents.

Here at Newsome’s the building may have changed several times, but the food has not. We still use my mom’s recipe for chicken, tuna, egg, macaroni, and potato salads. Our crab cake recipe is the one my dad got from his great aunt and they are FULL of real local crab meat. Many of our customers say they have tried crab cakes every where they go and ours are the best they have eaten. My dad says “put just enough filler in ‘em to hold ‘em together when you cook ‘em”. We continue to strive to have the best quality food so you enjoy whatever item you decide to try when at Newsome’s. We try to encourage a friendly, relaxed, family atmosphere. We consider our customers to be friends and they return the feeling. When you come for lunch or dinner you may be visited by the Newsome’s Table Jumpers or Public Relation Specialists a.k.a. Jimmy and Betty Newsome. They aren’t ready to give up the restaurant life style anytime soon. 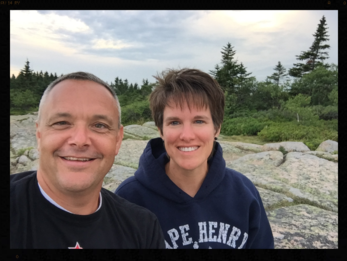